And Now for Something Extra!

Our show today was at the Lagniappe Academie which is a small charter school in downtown . We had parked at the school early, and went looking for a nearby cafe to use their internet. This quest deposited us at the Starbucks symbiotically nestled inside a French Quarter Sheraton. I was impressed by their gazebo-esque bar and infinity loop positioned bathroom mirrors, but their espresso was just average. Time ran away with itself, and we were soon walking back to the school. We were greeted at the gate by our contact: a teacher named Thomas Mickley-Doyle. I'll only describe him as the science teacher everybody wishes they could have. He was a delight to get to know, and his enthusiasm during our visit was palpable. With the help of the other teachers, he got all the kids seated, and we began. I thought both shows went great; I have the fond memory of one little girl explaining that in order to shoot square smoke rings we just needed to try harder. She is bound for greatness no doubt. All in all, it was a treat to visit the Lagniappe Academie. 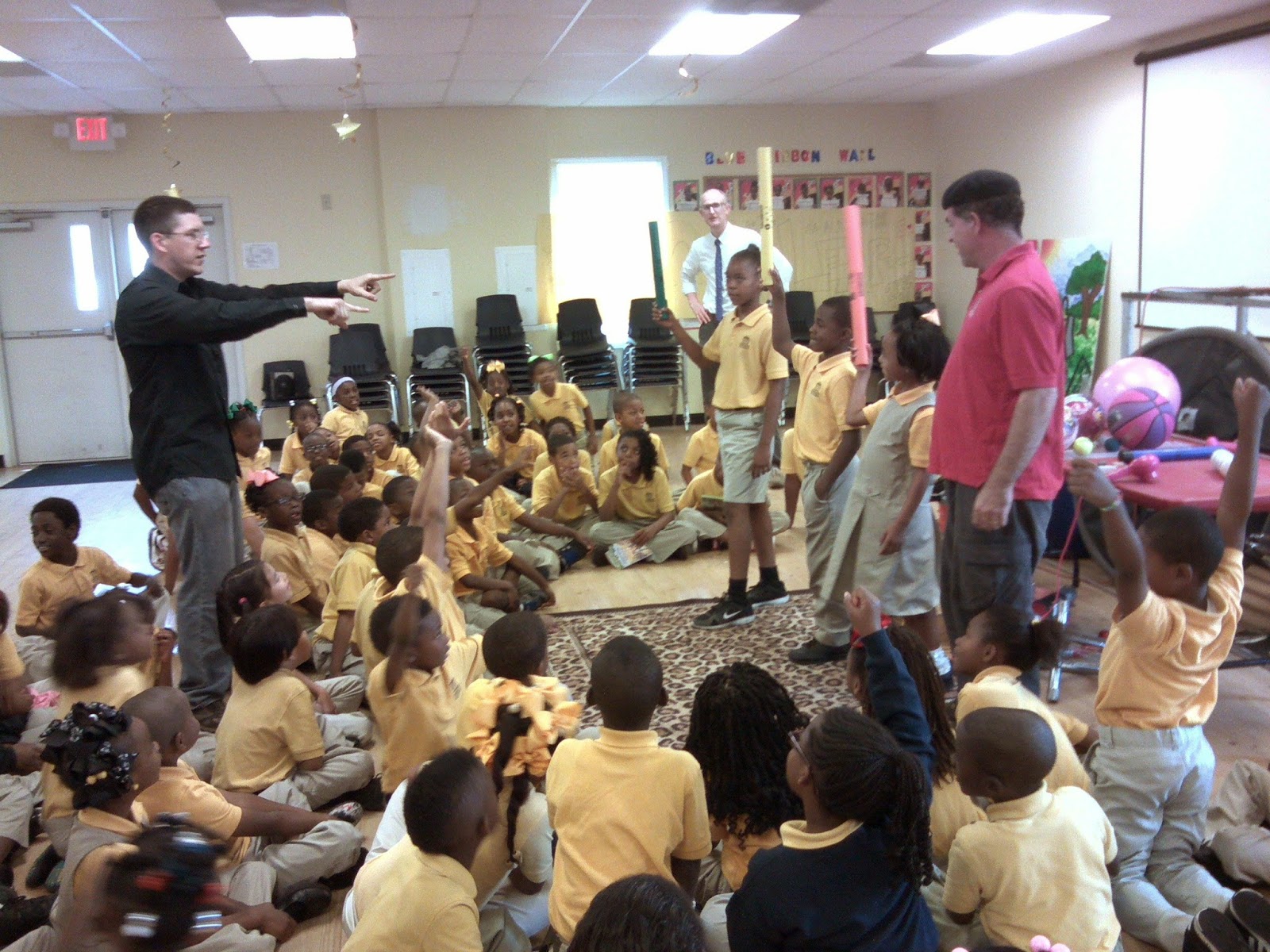 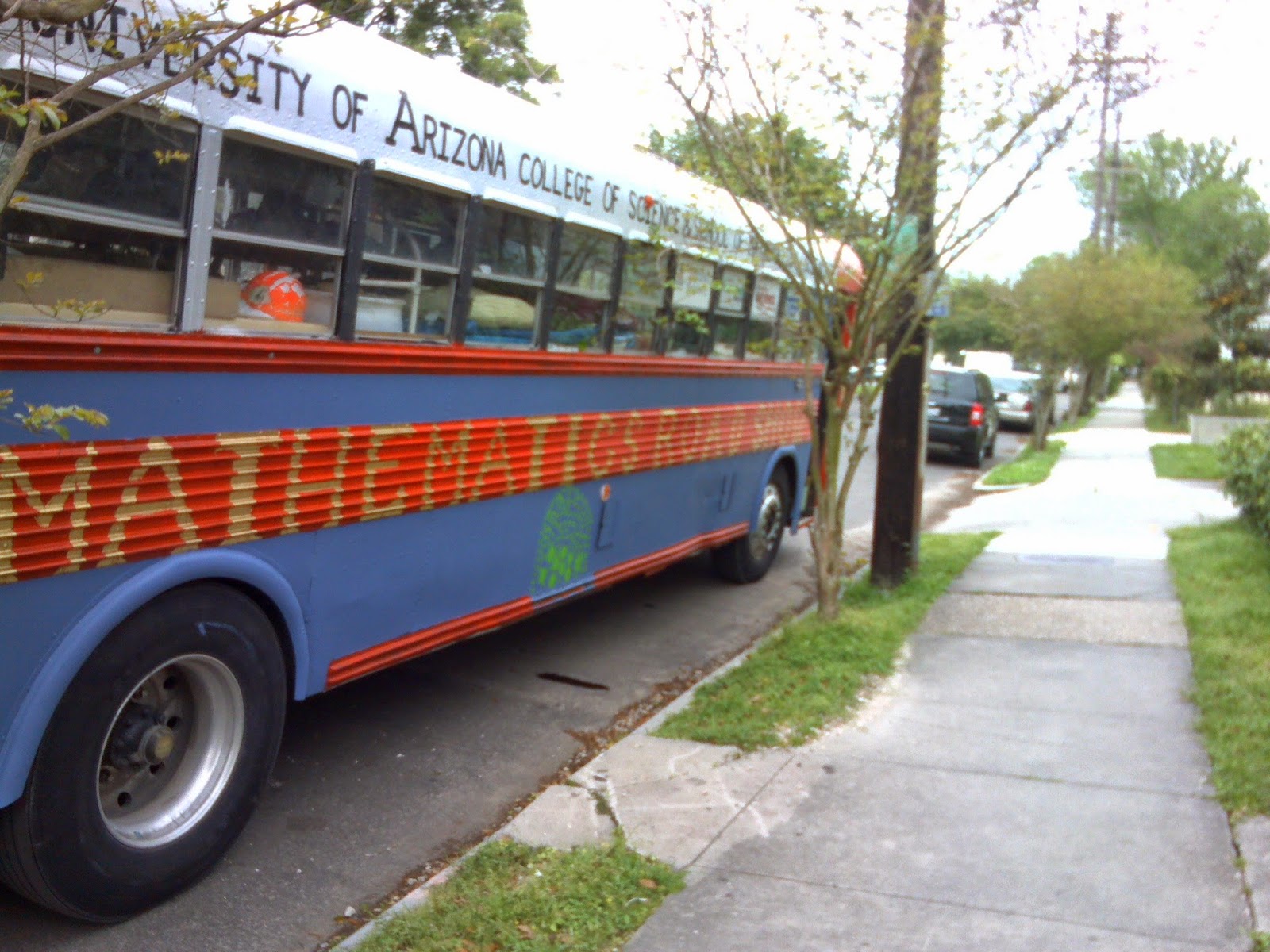 The next destination was an early supper date with Ricardo Cortez at . Ricardo is a mathematician who is currently working with one of my Dad's colleagues at the university. The two of them are both looking for ways to introduce the concept of mathematical modeling to high school students. As we walked to the student union to grab food, Ricardo took the time to answer our questions about the city. During this time, he told us that the name Lagniappe is actually a term to describe that little bit extra which comes with something else; more or less, the equivalent of our phrase of a baker’s dozen. I still don't know quite how to use the phrase correctly, but it solved the mystery of school’s name. He gave us a tour of the campus, and we gave him a tour of the bus; we got the better deal. Pretty soon after, he waved goodbye as we made our way back to I-10 East. I really enjoyed having a chance to see Tulane, and I'm glad I got to meet Ricardo.

It had been another full day all things considered.

I almost got a nasty glass bottle cut on my foot while walking along fraternity row. Goes to show, not all the shapes in Crescent city are safe to handle.