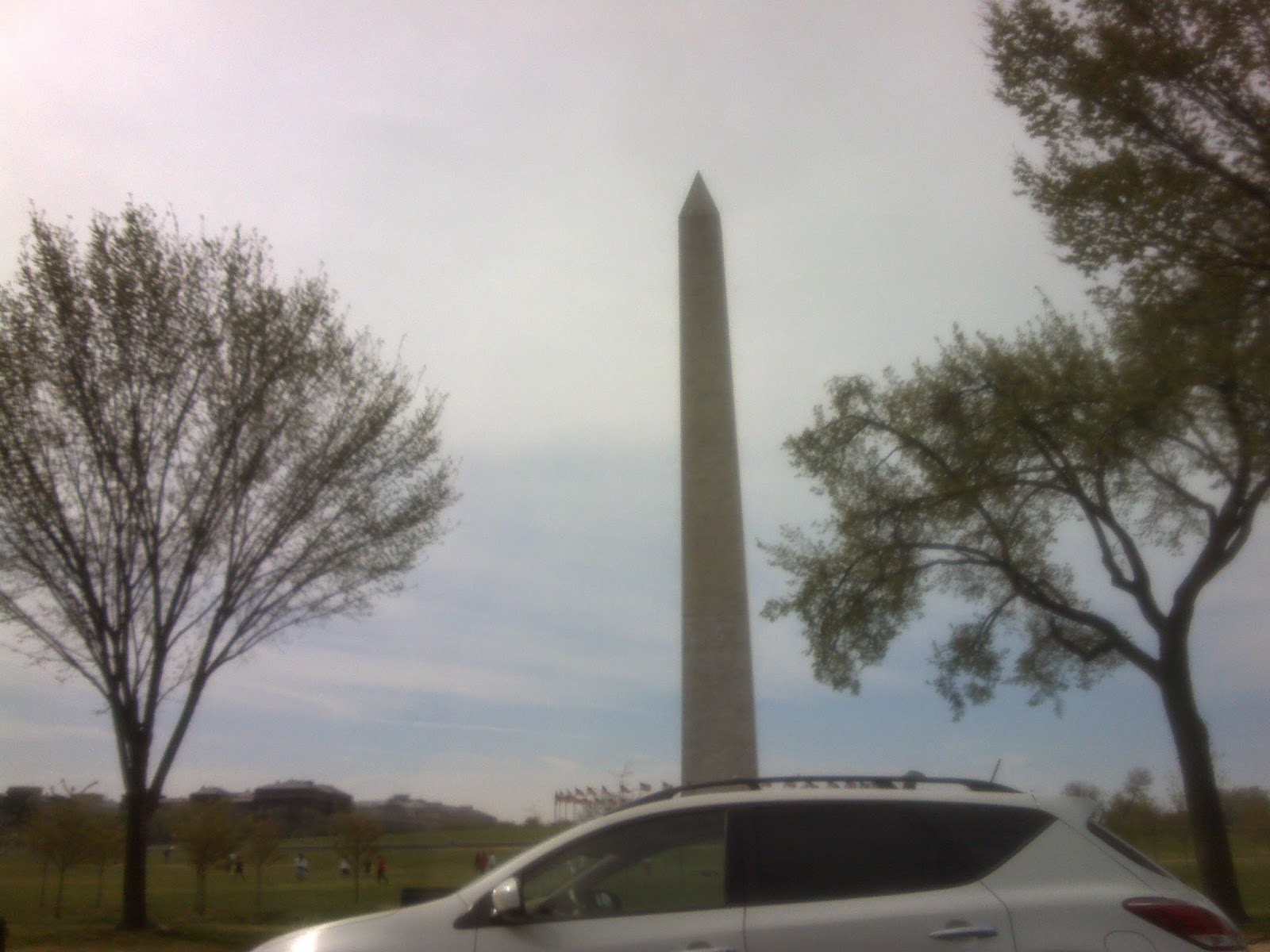 Today we were in hunter gatherer mode. Yes, I'm aware that we are near that hot spot of civilization called the , but we thought we should get it out of our system. Although we spent most of the morning hunting and gathering small necessary items, Shane and my Dad managed to evolve as far as being able to use power tools: they spent the afternoon building, and fixing various demonstrations for the upcoming conference. However, I am not sure how their trajectory fared into the evening, because they went to go play disc golf with someone who graduated from the U of A. Either disc golf represents the final rung in humanity's ladder of evolution, or their development asymptotically petered out after using the rental jigsaw cutter.

I on the other hand did little to better myself for most of the day, but instead caught up with my Aunt, and her partner. I went on the errand run in the morning, which took us to four different hardware stores, two toy stores, a Michaels, and finally a grocery, all before lunch. That's right, somebody call Guinness World Records. Our final stop was in a shopping center called Seven Corners. The name has to do with the seven roads which join just outside of this location. Whether this is necessary, or some form of civic engineering jape, it doesn't matter; the plaza is a truly fearsome place, and I barely made it out without turning into a gibbering mess.

Perhaps I'm guilty of exaggeration, but it was a welcome rest getting back to my Aunt's house. After we had eaten lunch, Shane and my Dad began a careful execution of the second half of the top paragraph, and I stuck around to talk to our hosts. At length, we covered just about all the subjects involved in a well rounded catch-up session, and pretty soon her partner said he was going to take a drive to Barnes and Noble to look at a book. I rarely pass up an opportunity to be surrounded by paper and words, so I jumped in his Jetta and shouted “Giddyup!” Actually, that last bit didn't happen, and instead we had a nice drive, talking about diesel engines. Fast forward, neither of us found anything we were particularly interested in, and we returned home. Later on in the evening, the two of us started a French thriller by the name of Cache (hidden), and got very near finishing it. Suddenly, Shane, my Dad, and my step mom all were in the room! I had completely forgotten the date of her flight. Not long after, the excitement subsided, and we all settled down to eat a delicious salmon dinner with broccoli and couscous. . 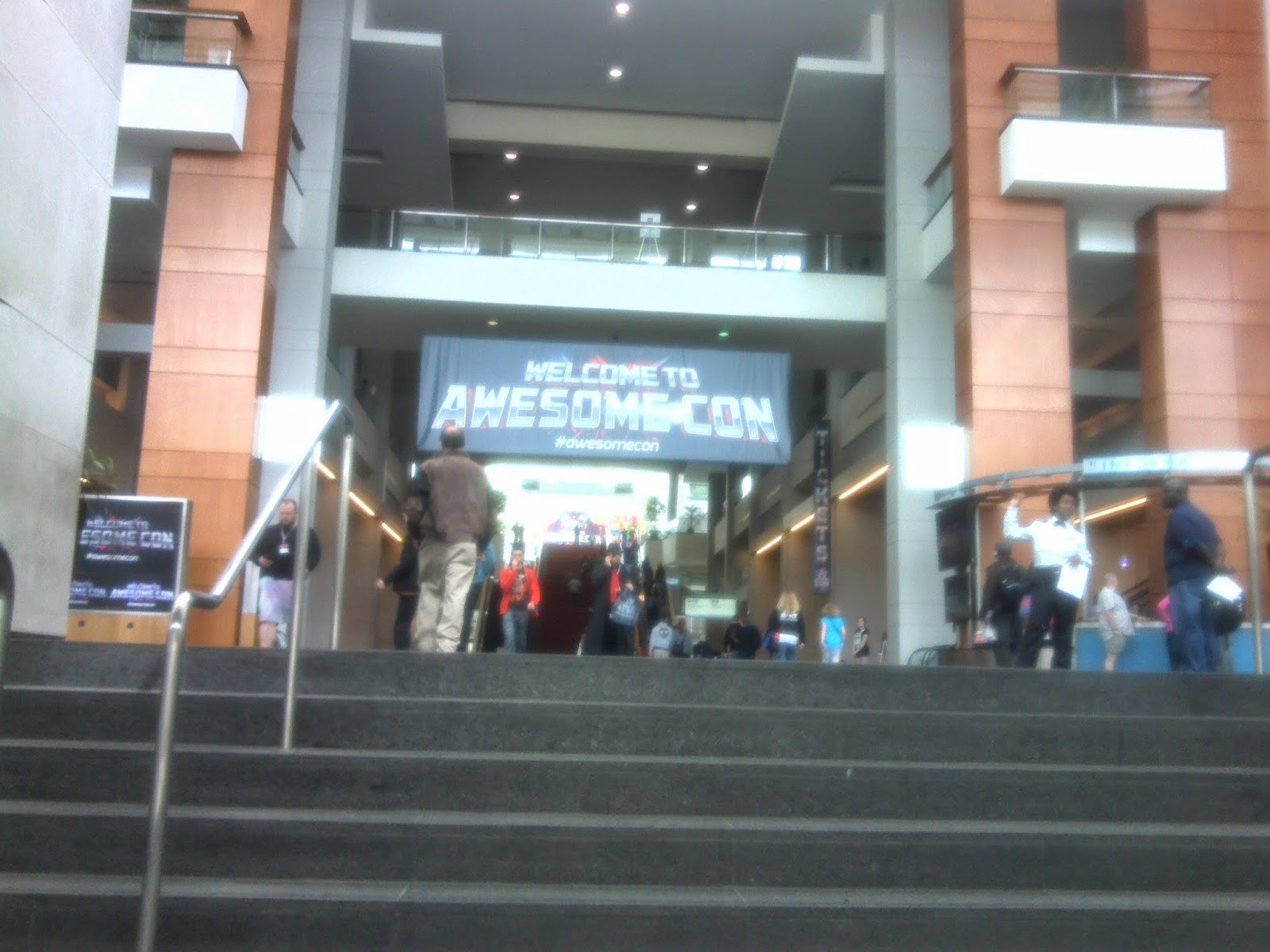 The following day we planned a trip to scout out the . Once we were all ready, my Aunt drove us into the city. Shane didn't join us; instead he went to to visit with another cousin who, according to Shane, has quite a green thumb. There was almost no warning before reaching the District: all of a sudden buildings that housed important offices of state surrounded us on all sides. I began to imagine that it was just a little bit unreal, but DC is really not that big, so I guess there can't be much in between each national this or that. We arrived at our destination, and quickly found the convention center busy with something called “Awesome Con.” Again, I was shocked: my expectation must have been that the convention center was waiting patiently for the science and engineering conference; however I see how little sense that makes now. 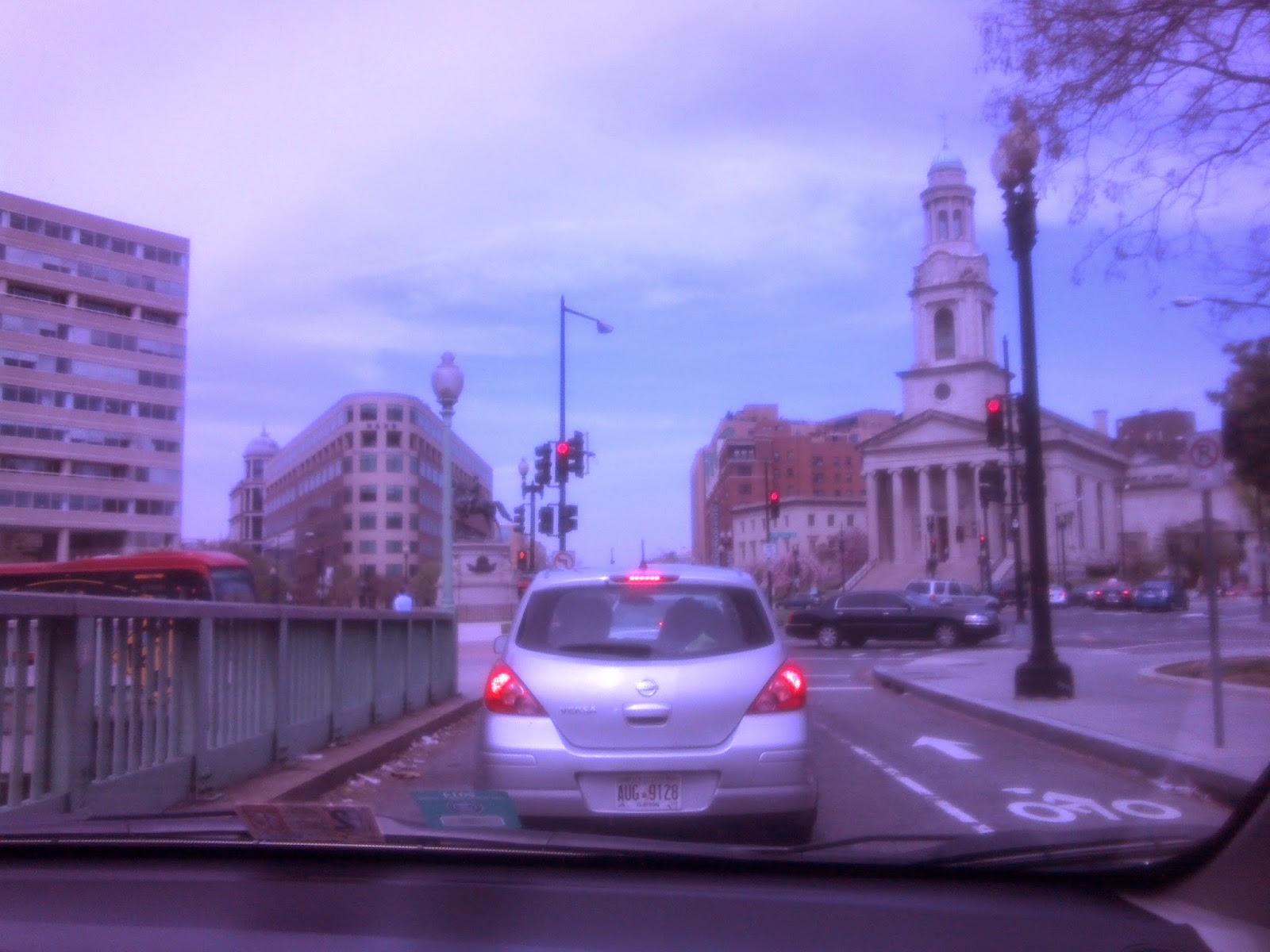 We continued our tour through DC after realizing we could do no reconnaissance of the building while it was crawling with costumed creatures. My Aunt then took us to two other important stops: the Swiss Embassy, where we have an evening event this week; the apartment of her partner, which we might use for sleeping during our stay in DC. Now well into our city tour, I began to marvel at the sense of direction my Aunt possessed. Maybe I'm easily impressed because I grew up in , where everything still largely is arranged in a grid system, but still the nerve center of the nation, and all of its surrounding metro area, are somewhat labyrinthine.

The trip concluded just after lunch time, so we followed it with food, and then I became a free agent with an afternoon to spend in . Our party size decreased one more time when my Aunt stayed home to work around the house. This meant the group now consisted of me, my Dad, and my step mom. We drove my Aunt's little car out to get dim sum at the Seven Corners Mall. The food was excellent, and soon we all were groaning happily. The two of them collapsed at home for a short nap, and I went out to find a coffee shop. I almost made it to a fun little spot called SpaceBar, but takes Easter very seriously, so it was closed. Taking refuge in a nearby Panera, I spent my next few hours, but soon I returned home to have dinner with the gang. I think I'm starting to get some bearings, because I only got lost once riding back on bike!

The next day I found my way back to Seven Corners (again), and my Dad went with Shane to do a school visit. My step mom and I were on a mission to do some suit shopping, and I have to say I think I am going to have unpleasant dreams about silky things crawling up and down my arms. Somehow I found an argument for a particular set of pants, shirt, and jacket, so we bought them and left to get lunch at a little Thai restaurant. To keep us from plowing into a nap afterwards, we went out for a ride miles along a cute little bike path. Although it leads all the way to DC, we went only 20 miles round trip. Without planning, we got home just before the other two had returned with the bus. 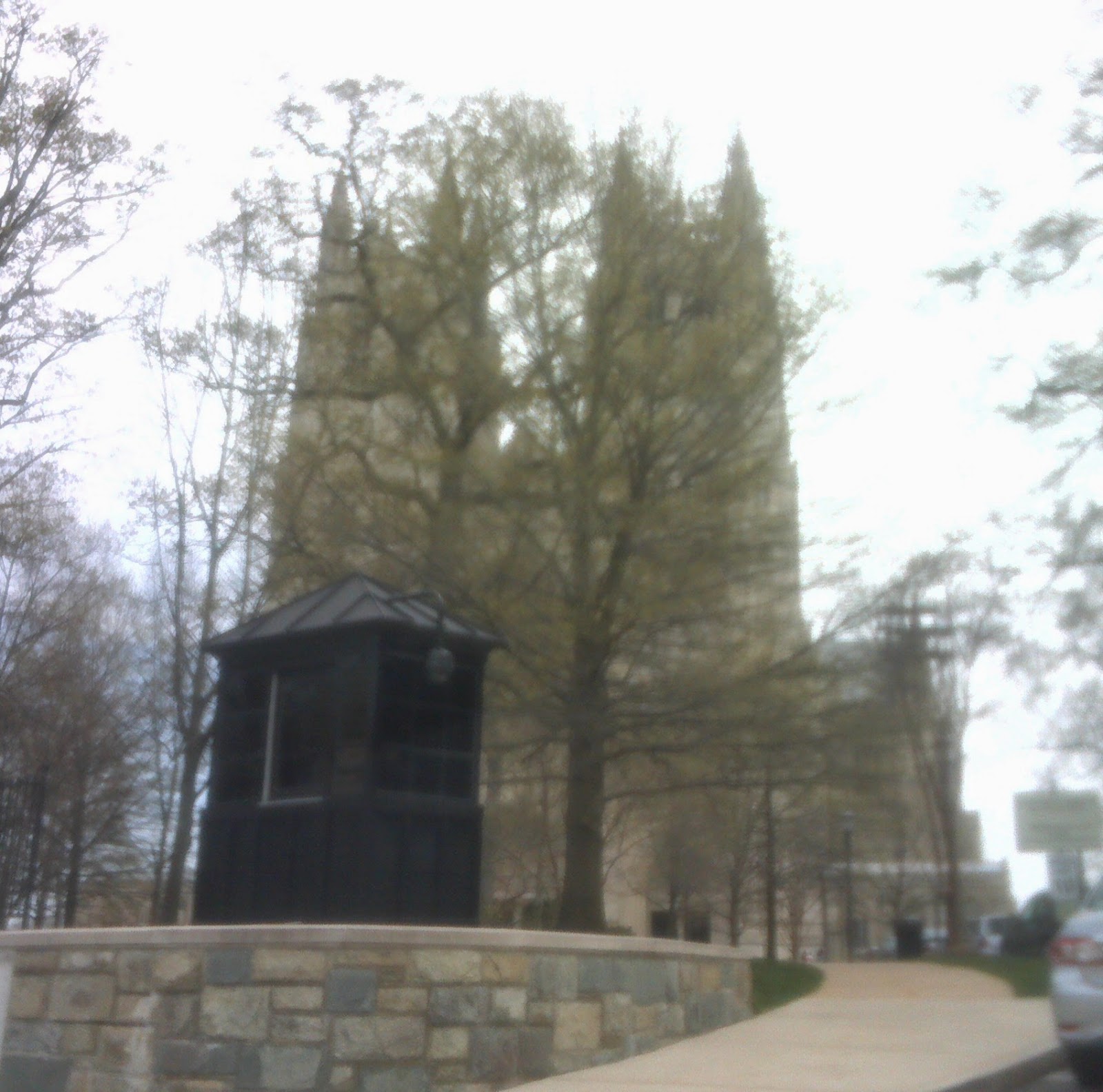 Over dinner I got to hear how the show went without me. According to Shane, the audience was a slight struggle, and he wound up exhausting himself by trying to keep up the energy in a vacuum. He might even go further and write a short description to add to this post after the publication, so keep your eyes out if you want more details. According to my Dad, the show went perfectly, so I think they must have performed at different schools. Anyways, the dishes are done, and everybody is getting ready for bed, so too must I.

I hope everyone had a pleasant weekend!