But I'm getting ahead of myself . . . Where did I leave off? Oh yes, we spent the night in Bonifay at the mechanics shop: the owner of BST, Billy Sellers himself, had left the office open for us to spend the night. Although the upstairs office windows would have been perfect for watching the eclipse, a huge storm rolled in. Just as a piece of trivia, this was the very same storm that had convinced the Governor of Alabama to cancel his travel plans that week. Anyway, the weather that night seemed only to suggest further complications with the bus.

The following morning the sun rose on a windy and wet world. I wasn't inclined to wait around the shop all day, so I suggested that we make the Holmes County Library the second base of operation for the duration of our stay in Bonifay. All in favor, we drove into town, and grabbed breakfast. Following our large meal at the Waffle House, Shane and I settled in at the library for the long haul.

However, the haul turned out to be rather brief. After several hours had passed, my Dad called Shane with good news: Warren, the prodigal mechanic, had managed to get the engine running! Shane and I couldn't believe what we were hearing, because had originally stormed off after a particularly long, and dirty, session under the bus. As soon as the bus pulled up outside, we jumped in. and sped off without one backward glance.

Since then, we have been slowly readjusting to life aboard the bus. We spent most of that day driving towards with no real excitement to speak of. Following the bleak day, we then found a Kangaroo Truck Stop to spend the night. As the evening went on, Shane pulled another pasta dinner out of his sleeve. Despite its dubious origin, the pasta went down nicely, and soon we were all asleep.

The three of us had almost got back in the swing of things: only problem was it had been more than week since our last official show. Shane hit the phone early to remedy this situation, and pretty soon we found ourselves booked for a show at the Myrtle Beach Boys and Girls Club. All that lay in between was 300 miles, and this really cool bridge! I will make sure a video of it gets onto the YouTube channel, but some photos are included. 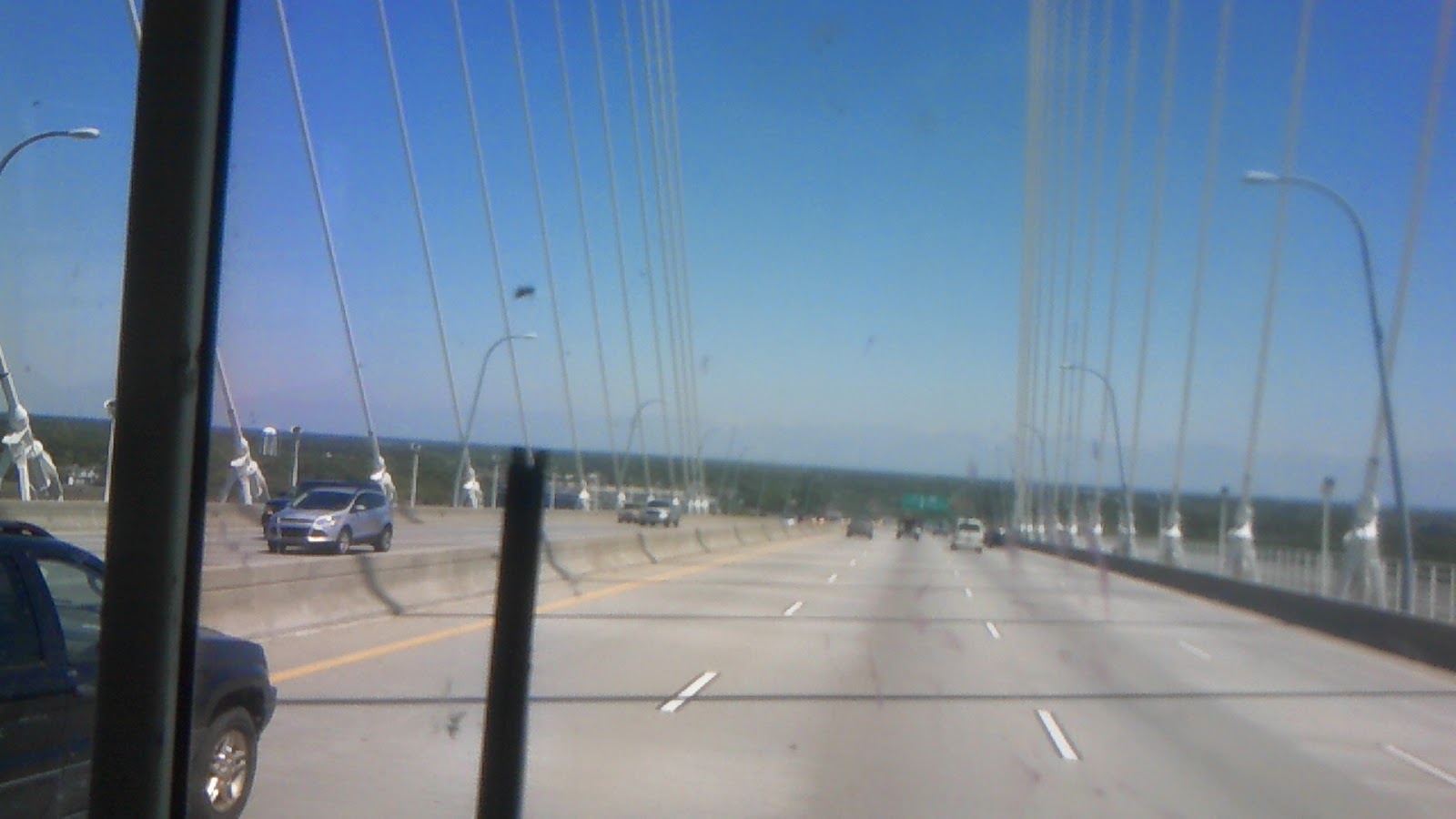 Well past the bridge, we came to territory. Apparently, the majority of businesses we passed were focused on beach supplies, miniature golf, and Jaws themed seafood restaurants. The notable exceptions to the above are the existence of two gigantic water parks located half a mile from the .

Instead of stopping to talk sternly to each park manager in turn, we kept driving along the bus only lane (sadly, bus stands for business) all the way to the clubhouse. An enjoyable show ensued, but we were cut short as a result of strange traffic patterns. Perhaps I should just say we were late . . . by almost an hour. However, I must point out rush hour comes on early and strong. 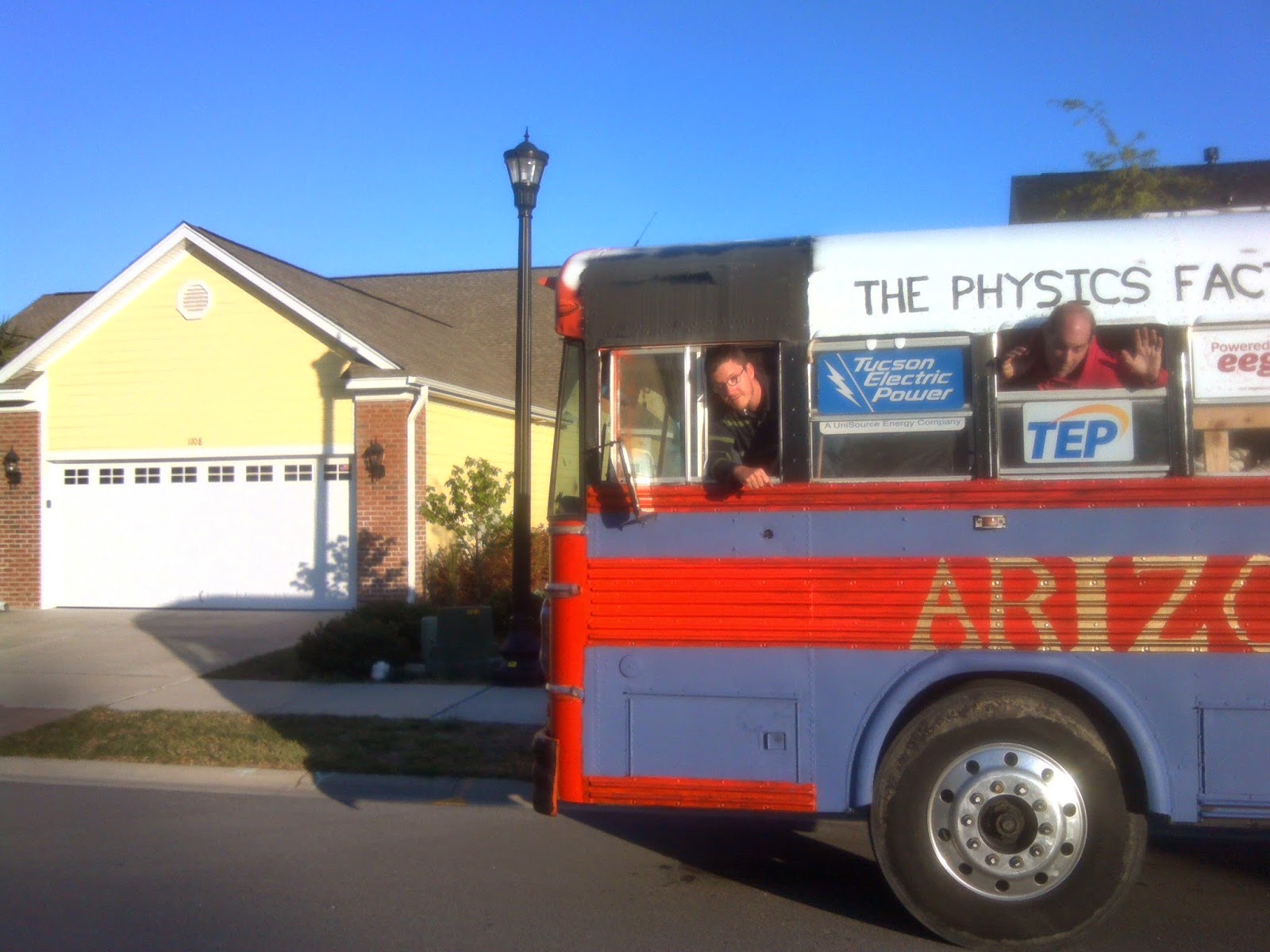 With driving and demonstrations all done, Shane directed us to the house of his Aunt. She lives in this gorgeous house ensconced in a themed neighborhood. He is now cooking up Thai chicken curry, and I'm salivating, so perhaps I should just wrap this post up.

Until next time y'all!

So, the bus was looking pretty hopeless for a while, but the night before it started running again three special things happened: firstly, a lunar eclipse occurred; secondly, the bus was left outside in a thunderstorm (think Frankenstein); thirdly, my step-grandmother lit a candle to help us with our trials. Unfortunately, this is a classic example of a weak technical experiment, because we cannot conclude that any one of the three played a critical part.

We had a Princess at the club today; that was really her name.
Posted by Dolly at 8:57 PM